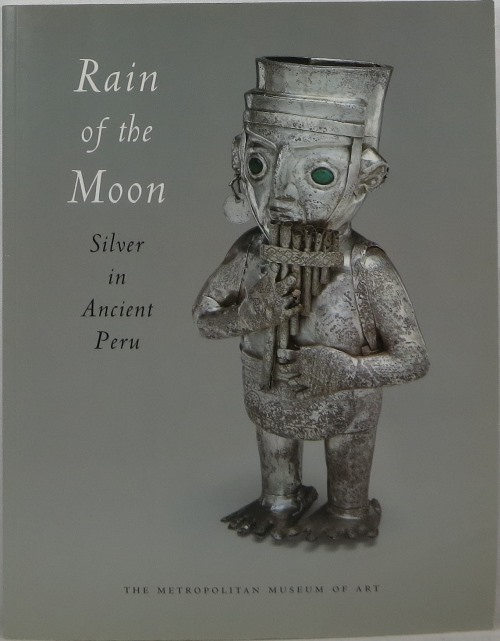 Rain of the Moon: Silver in Ancient Peru

slight curl to corners of cover.

The catalogue for an exhibition of the same name at the Metropolitan Museum of Art, New York, November 3, 2000 - April 22, 2001. 84 objects in the exhibition are described, most of which are illustrated on 30 plates or in 21 figures which accompany the text. Contains two essays: The Evolution of Complex Societies in Ancient Peru by Luis Jaime Castillo Butters and Silver in Precolumbian Peru by Paloma Carcedo de Mufarech. 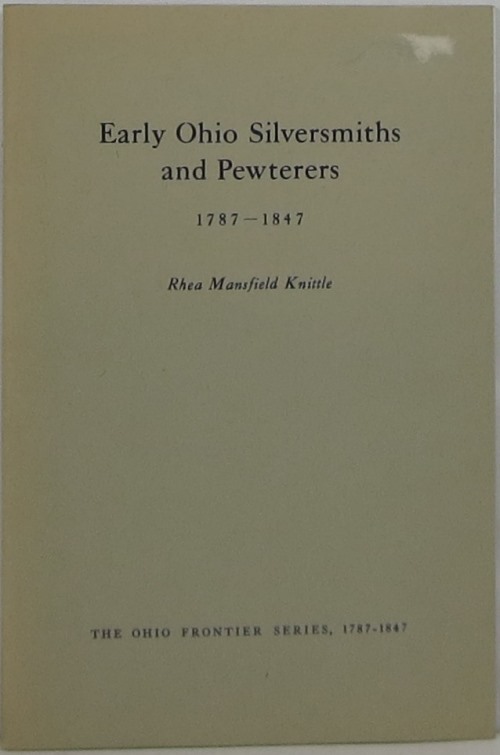 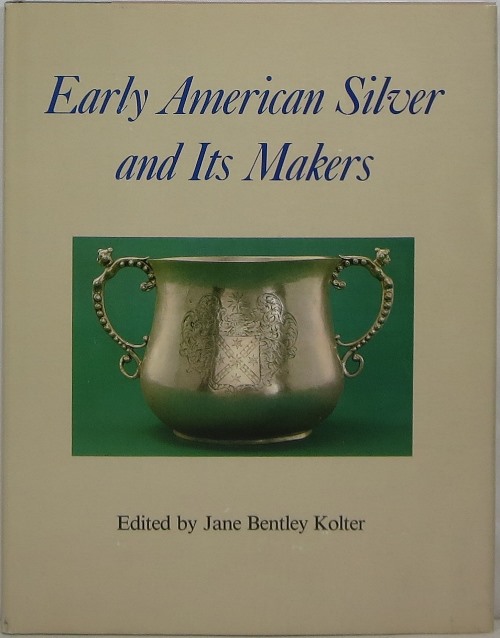 Early American Silver and Its Makers

dust jacket with tear at bottom edge of back panel near fold.

A collection of 42 articles from The Magazine Antiques. With over 450 illustrations. 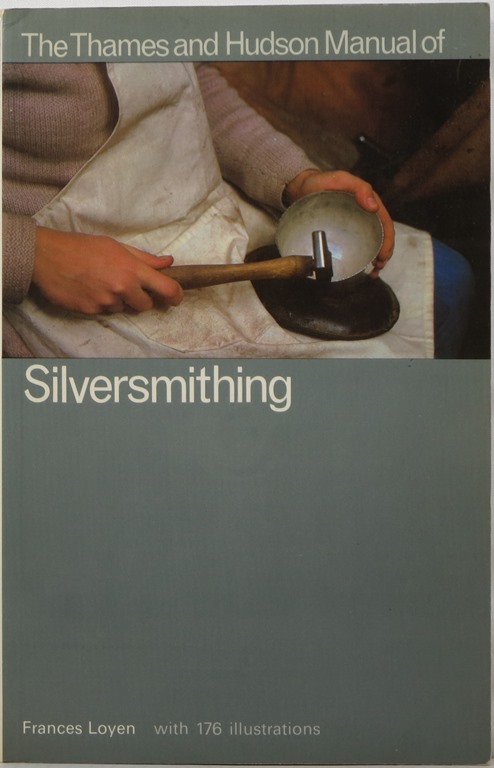 The Thames and Hudson Manual of Silversmithing

This manual enables the student to master the processes of silversmithing and the practising craftsmen to perfect his skills. With the emphasis on the constructional aspects of the craft, the various stages are discussed step by step in order of execution and illustrated with documentary photographs. The differences in approach to making single pieces of silverware and a limited quantity run are explained and the diverse kinds of work that can be produced are described. With 176 illustrations.

By: Markham, Christopher A.

fading to spine and part of front cover.

With 163 marks arranged by country. 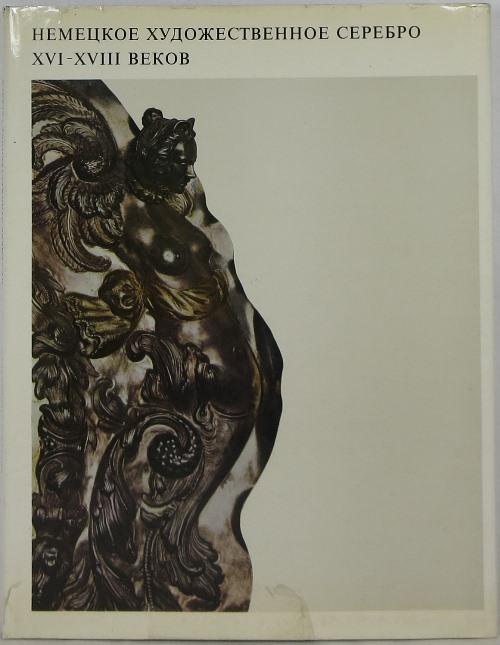 73 objects are described and illustrated with full page color plates. Descriptions in Russian; introduction In Russian and German. 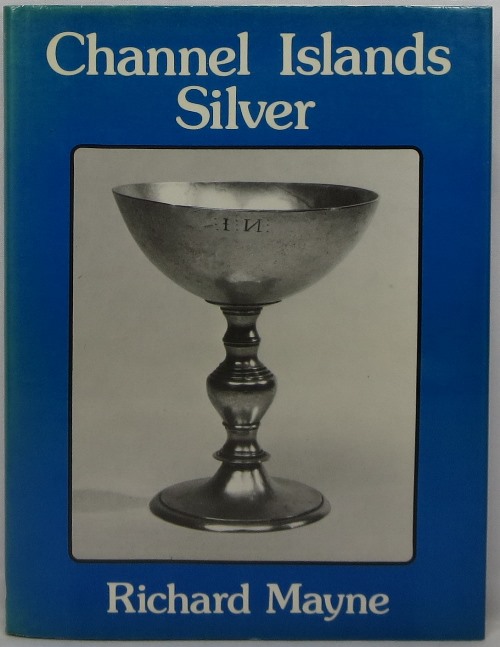 sunning to spine of dust jacket.

This is a greatly enlarged and totally revised version of Mayne's initial book on old Channel Islands Silver. Illustrating every known mark and describing the work of every known Jersey and Guernsey craftsman, the book is illustrated with 216 black and white plates.

Treasures for the Table: Silver from the Chrysler Museum

By: McFadden, David Revere and Mark A. Clark

Organized in four sections: Centerpieces, Compotes, and Epergnes; Sauceboats, Tureens, Baskets, Salvers, Platters, Dishes, and Casters; Drinking; and Tea and Coffee. 79 objects are described and illustrated in duotone of which 22 are also illustrated in color. 8 figures accompany the text. 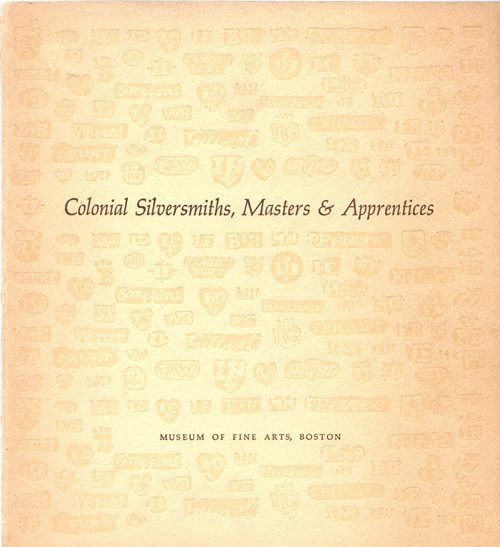 The catalogue of an exhibition at the Bostom Museum of Fine Arts. 345 objects are described with illustrations on 98 plates.

Publisher: New York, Museum of the City of New York: 1937

not issued with a dust jacket, limited to 1000 copies; light wear to extremities, toning to endpapers.

The catalogue of an exhibition at the Museum of the City of New York, December 7, 1937 - January 17, 1938. 383 objects are organized alphabetically by maker and described, of which 94 are illustrated. 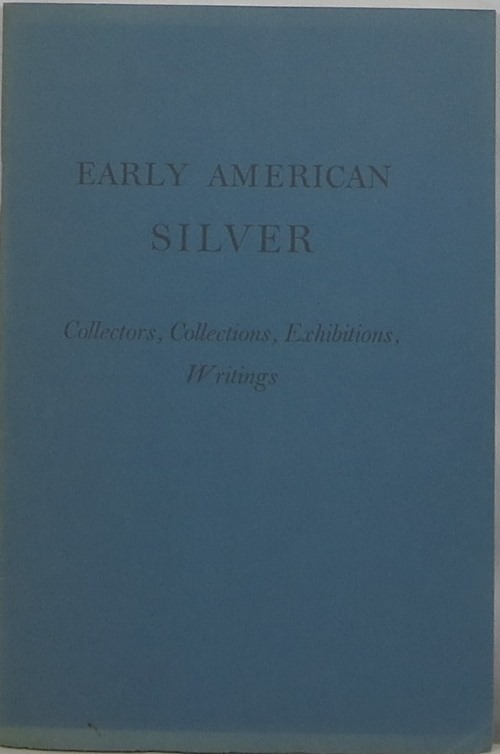 1 of 200 copies; strip of fading at bottom of front cover.

Limited to 200 copies reprinted from the Walpole Society Note Book by the Anthoensen Press, Portland, Maine. 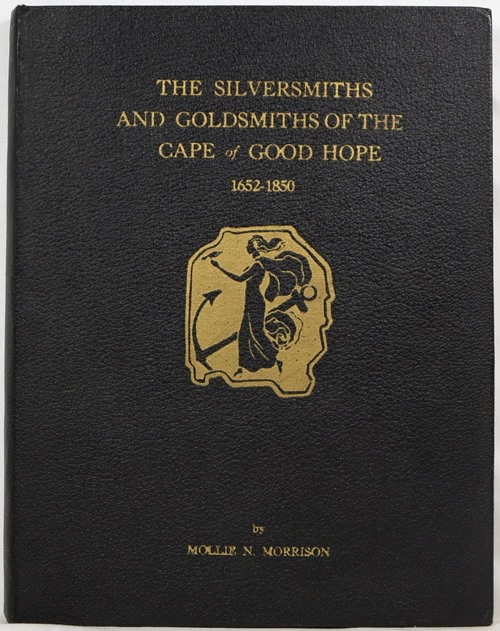 Illustrated with 16 black and white plates and 28 marks.

Silver in the Golden State: Images and Essays Celebrating The History and Art of Silver in California

The text is accompanied by several black and white plates and 16 color plates. 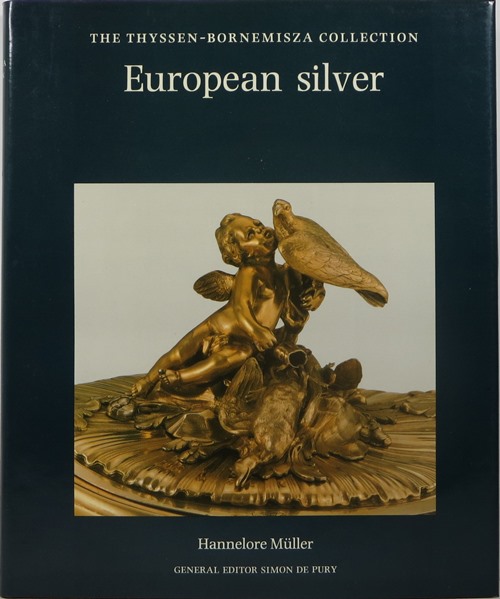 95 objects are described and illustrated in black and white. 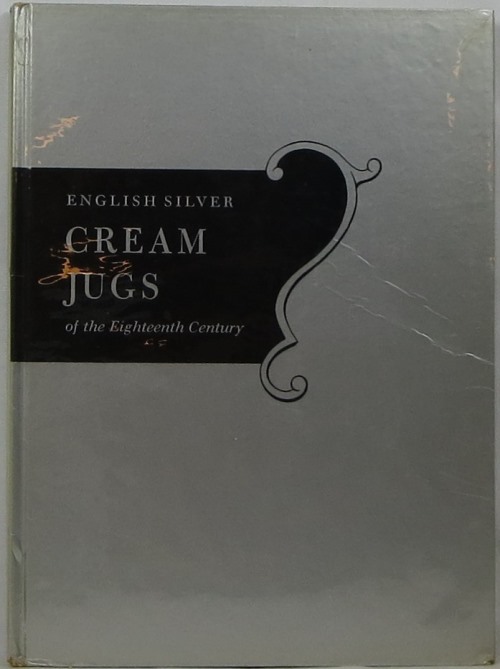 50 cream jugs are described and illustrated. 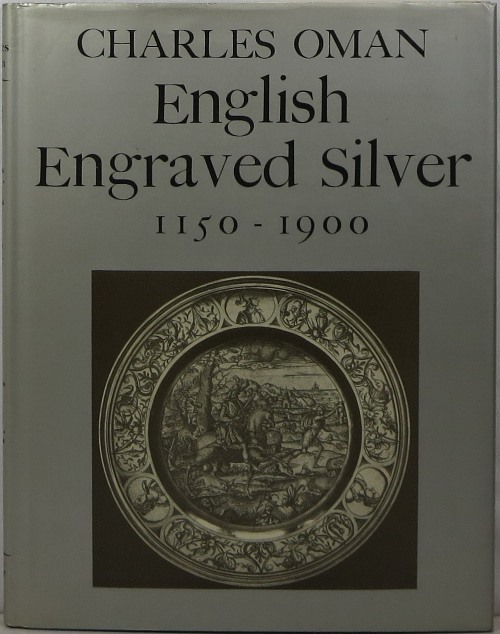 dust jacket price-clipped with tiny chips at head and foot of spine.

Illustrations on 54 black and white plates. 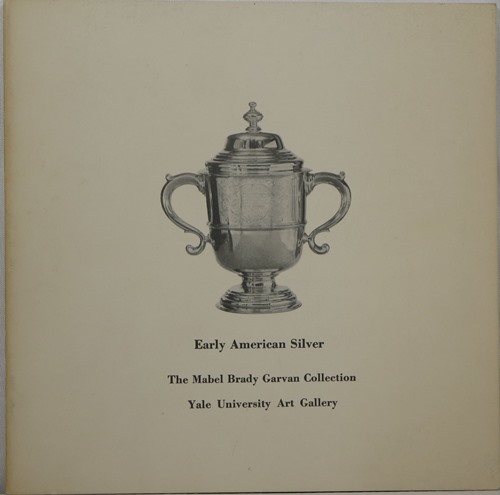 By: Phillips, John Marshall and Meyric Rogers (introduction and notes)

With illustration on 27 black and white plates.