#36 of 125 copies, in slipcase, not issued with a dust jacket, original oil sketch titled Santa Barbara Mission; in fine slipcase. Ben Abril (1923-1995) was a California impressionist landscape painter. This book illustrates, in color, 50 of his paintings of historical California sites with a description of each site. A brief biography of the artist is provided. View more info 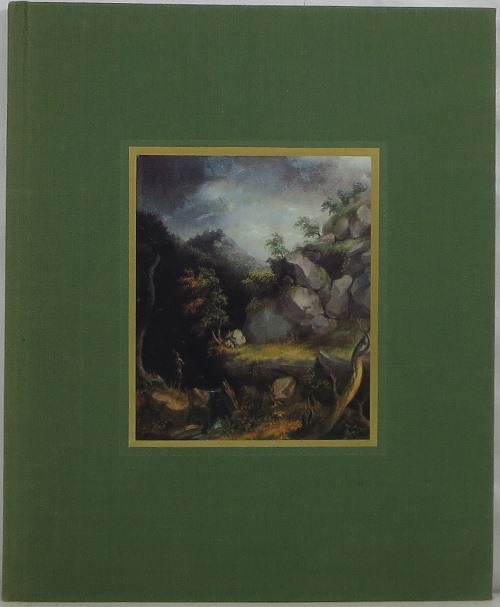 lightly faded on spine. The catalogue of an exhibition at Alexander Gallery, New York, September 24 - October 31, 1987. 38 paintings are described and illustrated in color. View more info 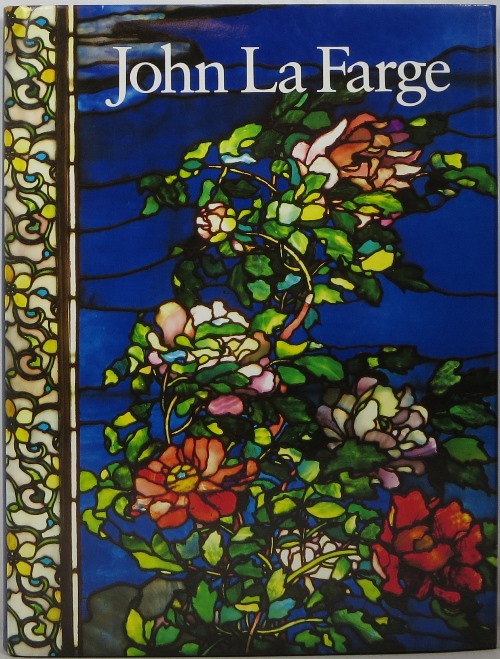 The catalogue of an exhibition at the National Museum of American Art, Washington, D.C., July 10 - October 12, 1987, the Carnegie Museum of Art, Pittsburgh, November 7, 1987 - January 3, 1988, and the Museum of Fine Arts, Boston, February 24 - April 24, 1988. Six chapters discuss and illustrate aspects of La Farge's work: The Mind of John La Farge by Henry Adams with 45 illustrations; Nature and Art in the Painting of John La Farge by James L. Yarnall with 40 illustrations; John La Farge and the American Watercolor Movement: Art for the Decorative Age by Kathleen A. Foster with 29 illustra... View more info 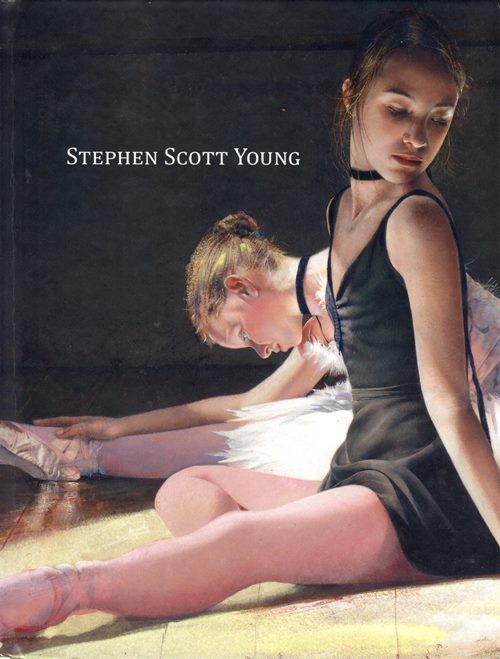 toning to pastedowns and endpapers. With a sepia frontispiece and 48 photographic reproductions of paintings in monotone. View more info 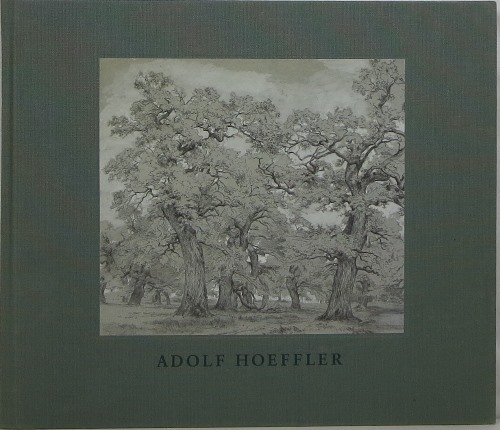 not issued with a dust jacket. Adolf Hoeffler (1825-1898) was a German-born artist who came to New Orleans in 1848 and spent the following years as an itinerant artist doing portraits and filling his notebooks with sketches and drawings of places he visited in Minnesota, Wisconsin, Ohio, Pennsylvania, Maryland, New York, and Cuba before returning to Europe in 1853. This is a catalogue of an exhibition at the art gallery J. P. Schneider Jr., Frankfurt am Main, October 12 until November 7, 1998. 44 works are described and illustrated in color, of which 16 are American or Cuban views. Text... View more info 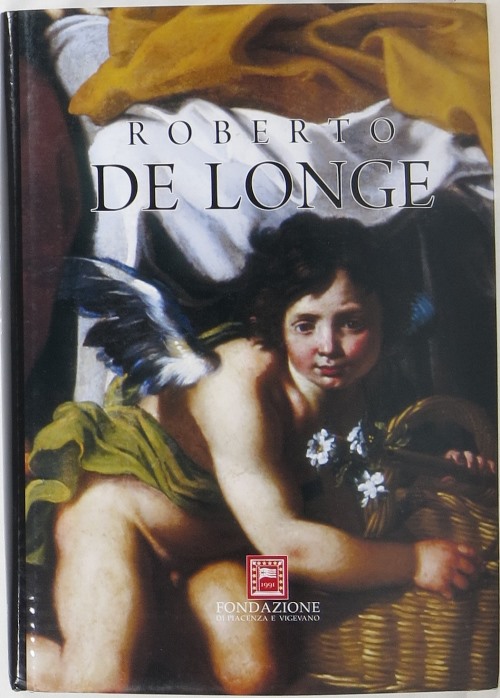 in publisher thin cardboard box. Roberto de Longe (1646-1709) was born in present day Belgium and worked in Northern Italy, including Cremona and Piacenza. 106 of his works in this catalogue raisonné are described and illustrated in color. Numerous additional illustrations, mostly in color, accompany the essays. Text in Italian. View more info 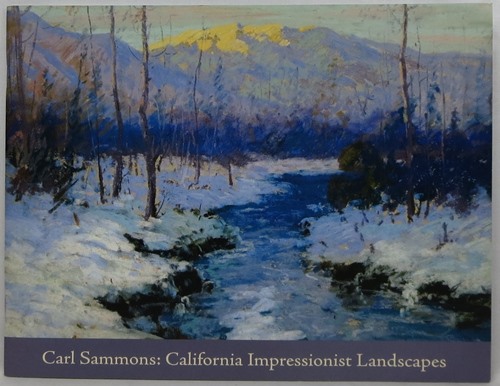 Carl Sammons (1883-1968) was one of the noted California impressionists. This is the catalogue of an exhibition at the Hearst Art Gallery, Saint Mary's College of California, July 12 to September 21, 2008 and the Grace Hudson Museum, March 28 to June 28, 2009. 87 paintings were exhibited, of which about 25 are illustrated in full color. View more info 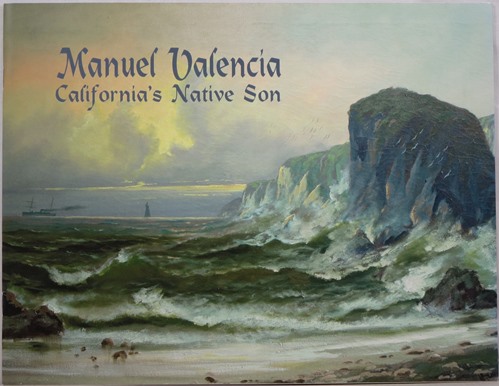 The catalogue of an exhibition at the Hearst Art Gallery, Saint Mary's College of California, September 9 - October 15, 2006. 57 works in the exhibition of which 15 are illustrated in color. View more info 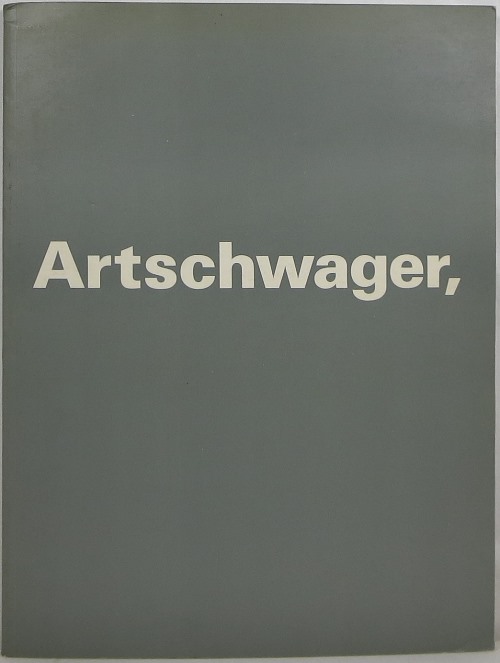 lightly bumped at extremities. The catalogue of an exhibition at the Whitney Museum of American Art, January - April, 1988, the San Francisco Museum of Modern Art, June - August 1988, and the Museum of Contemporary Art, Los Angeles, September 1988 - January 1989. 117 works are described and illustrated, most in color. View more info 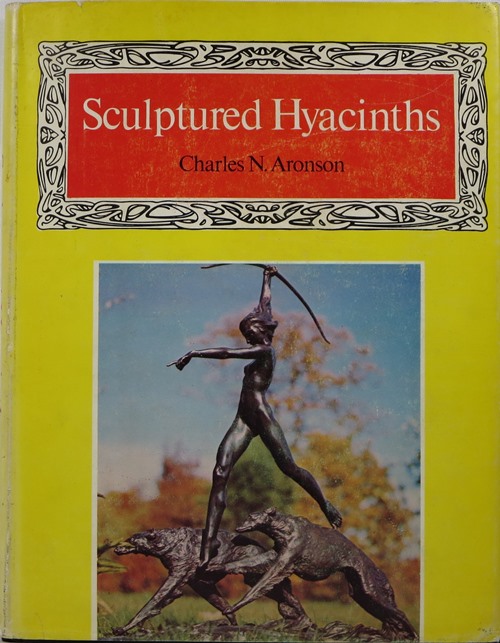 stain on title page, else clean and bright, dust jacket with touch of wear to extremities. This is the first monograph on Harriet Whitney Frishmuth (1880-1980), an American sculpture known for her nude female figure sculptures. Profusely illustrated in black and white with several color photographs. View more info 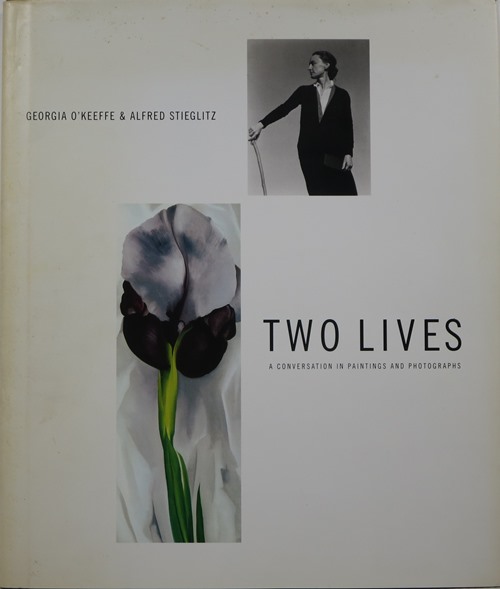 dust jacket with tiny tear at head of spine. Published to accompany an exhibition at the Phillips Collection, Washington, DC, 12 December 1992 - 4 April 1993, the IBM Gallery of Science and Arts, New York, 27 April - 26 June, the Minneapolis Institute of Arts, 17 July - 12 September, and the Museum of Fine Arts, Houston, Texas, 2 October - 5 December. Contains three essays: The Great American Thing by Roger Shattuck, Like Nature Itself by Belinda Rathbone, and "I Can't Sing so I Paint" by Elizabeth Hutton Turner. Each essay is accompanied by plates of photographs and paintings. View more info 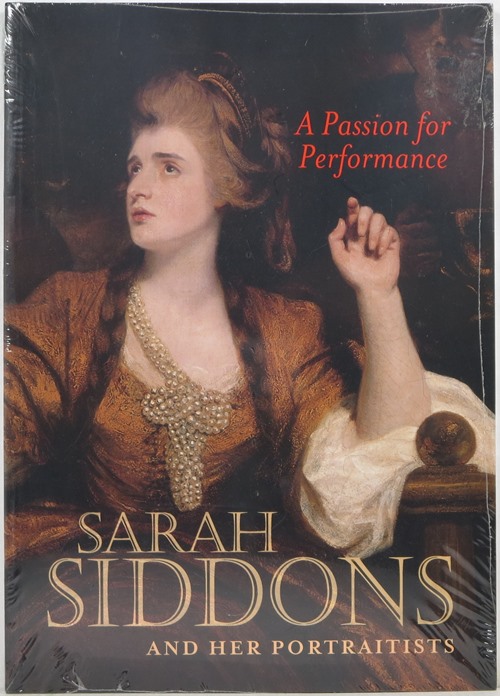 A Passion for Performance: Sarah Siddons and Her Portraitists

in shrinkwrap. This book brings together three engaging essays -- by Robyn Asleson, Shelley Bennett and Mark Leonard, and Shearer West -- that recreate the eventful life, both on and off the stage, of the great eighteenth-century actress Sarah Siddons. With 50 color and 74 black-and-white illustrations. View more info 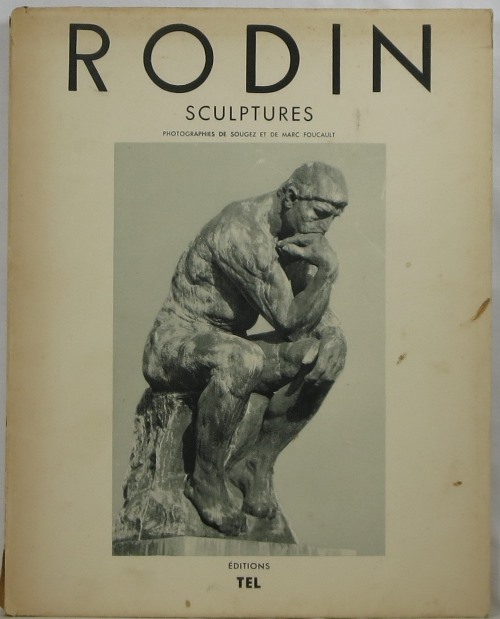 By: Aubert, Marcel (preface) and Sougez and Marc Foucault (photos)

includes a laid-in photo of hands; owner's stamp to title page and back of laid-in photo, dust jacket has soiling and tears along spine edge. Profusely illustrated in black and white. View more info 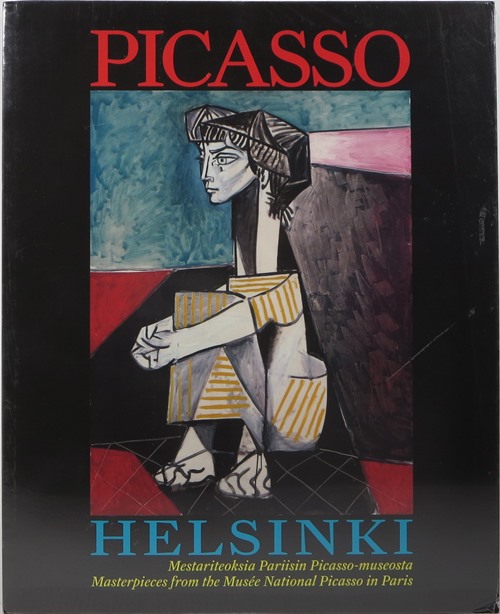 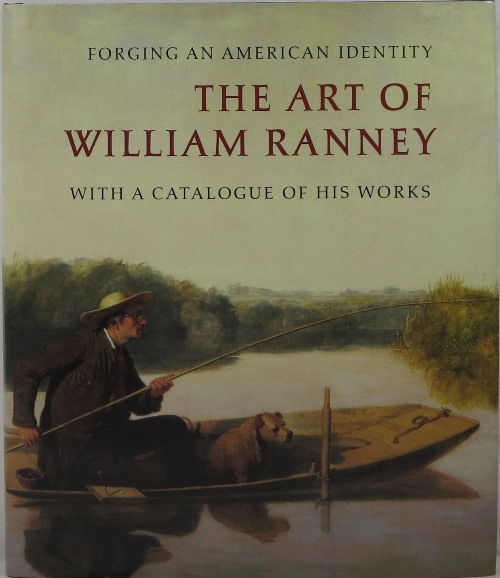 Forging an American Identity: The Art of William Ranney with a Catalogue of His Work

The first catalogue raisonné on the complete works of William Ranney was produced in conjunction with the exhibition at the Buffalo Historical Center in 2006. Ranney portrayed scenes of early western life and highlighted the importance of the narrative tradition in early western art. His versatility of a vast array of subjects made him an American icon in 19th century art. View more info 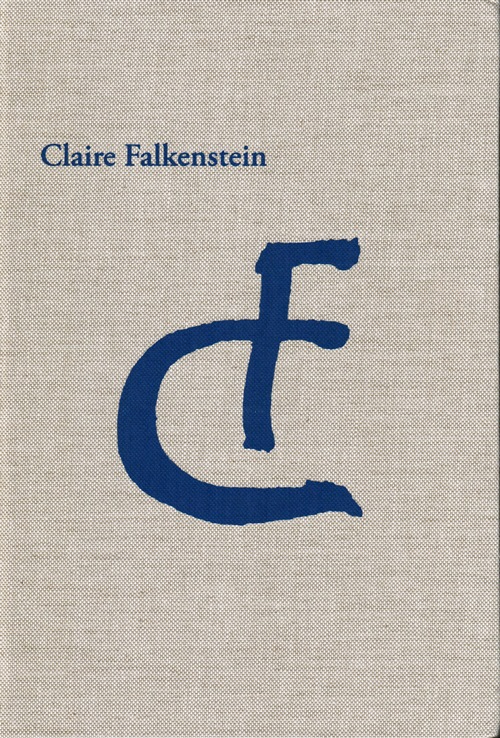 Ommagio a / Homage to Claire Falkenstein

not issued with a dust jacket. Published on the occasion of the exhibition "Homage to Claire Falkenstein" at the Peggy Gugenheim Collection, Venice, January 23 - April 4, 2016. Claire Falkenstein (1908-1997) was an American sculptor, painter, printmaker, jewelry designer, and teacher, most renowned for her often large-scale abstract metal and glass public sculptures. With color illustrations of her work. Text in Italian and English. View more info 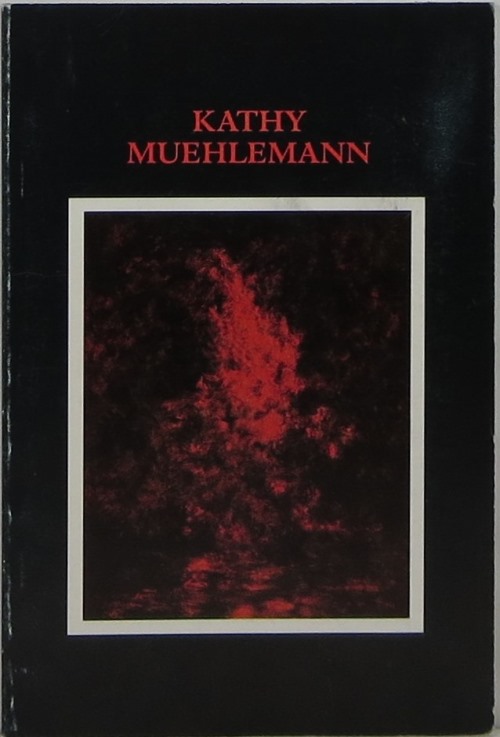 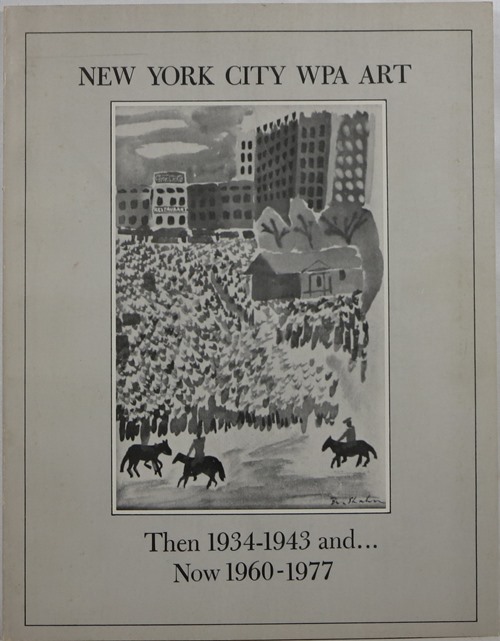 This catalogue includes reproductions of works in painting and sculpture done by artists of the New York City WPA shown in the November 1977 comprehensive exhibition at the Parson School of Design, New York. Each exhibiting artist is represented by one work done in the 1934-43 period and one done in his recent 1960 to 1977 period. Includes four essays: WPA Influences by Emily Genauer; A General View of the Federal Art Project of the Works Progress Administration by Audrey McMahon; STATEMENT by Norman Barr; New York WPA Artists, Then and Now by Greta Berman. 197 artists in the exhibition,... View more info 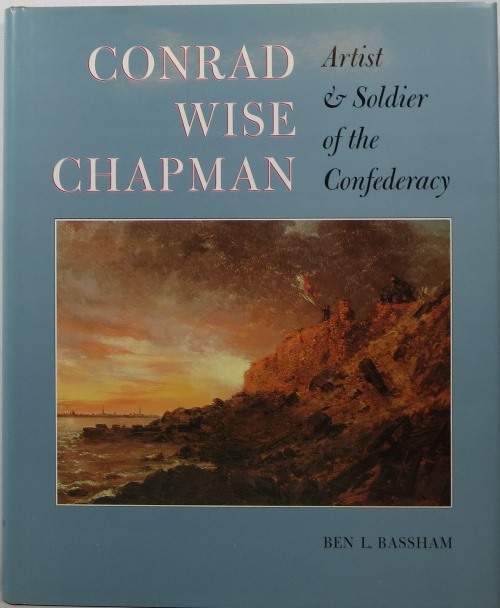