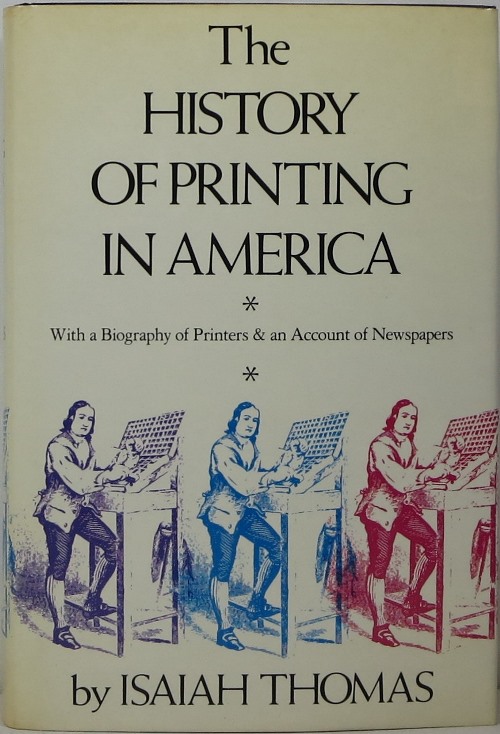 The History of Printing in America

The History of Printing in America first appeared in 1810 and was based on Thomas's long fascination with his trade as well as upon his very extensive library of books and newspapers which he had collected to prepare such a history. Chapters cover English America, the thirteen original states, new states, British colonies, and British islands.