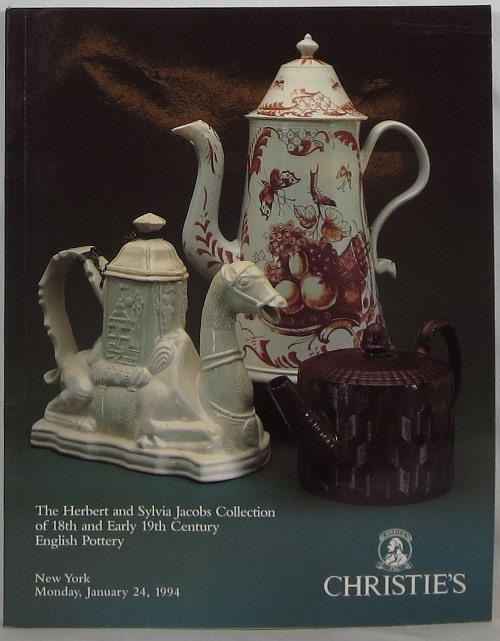 The Jacobs collection is a fairly comprehensive study of the wares produced in North Staffordshire during the 18th century, representing most of the major producers and many of the different ceramic bodies and glazes. 292 lots are described and illustrated in color.