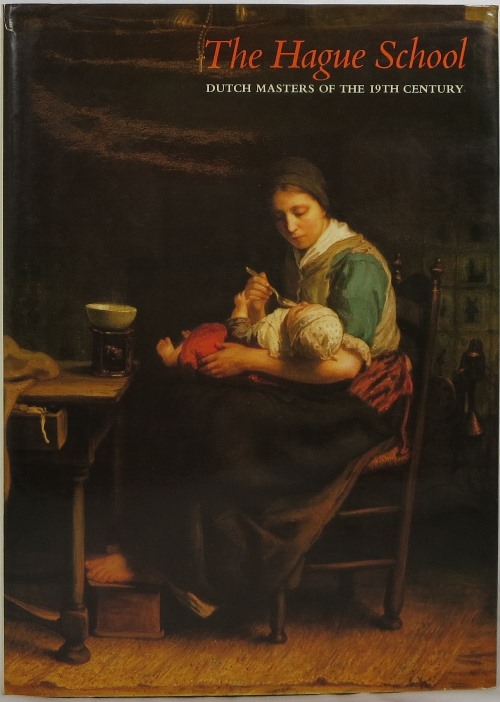 The Hague School: Dutch Masters of the 19th Century

dust jacket with 1 inch repaired tear at top of spine fold and yellowing along top edge.

In the early 1870s a group of Dutch painters, working mainly in The Hague, established themselves as an identifiable school. Their aim was the realistic depiction of Dutch landscape and scenes from everyday life, and their paintings reflected both a nostalgic admiration for the Dutch seventeenth-century masters and an enthusiam for the landscape techniques of the realist Barbizon School. This is the catalogue of the first major international exhibition devoted to the Hague School, held at the Royal Academy in London in 1983 and shown also at the Grand Palais in Paris and the Gemeentemuseum in The Hague. The text is illustrated with 131 black and white figures and is followed by a catalogue of 165 oil paintings by leading members of the School. All the paintings are illustrated in the catalogue, over 50 in full color.

Title: The Hague School: Dutch Masters of the 19th Century

The Hague School: Dutch Masters of the 19th Century