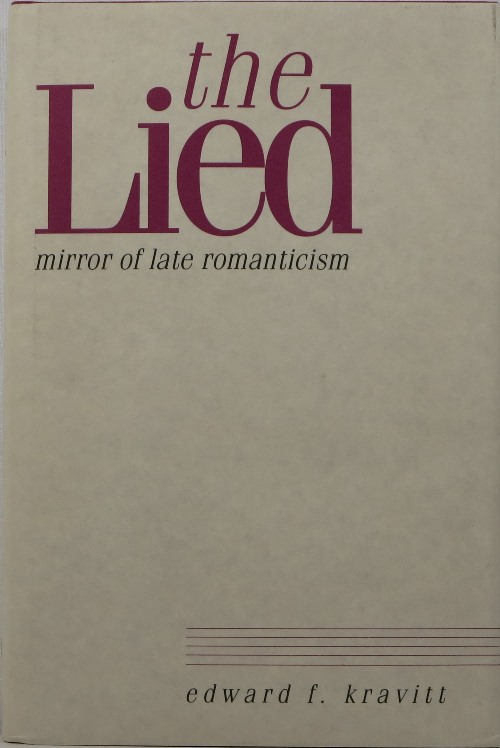 The Lied: Mirror of Late Romanticism

The German lied, a song form that fuses music and poetry, provides a key to understanding musical and cultural history in the late nineteenth and early twentieth centuries. In the first comprehensive study of the late-romantic lied, Edward F. Kravitt shows how this popular genre mirrored far-reaching cultural changes of the period, when tensions in artistic politics pitted tradition against innovation, naturalism against symbolism, and nationalism against universalism. Kravitt surveys five major composers -- Wolf, Mahler, Strauss, Pfitzner, and Reger -- as well as the young Schoenberg and dozens of lesser-known figures such as Engelbert Humperdinck and Joseph Haas. He examines the composers' changing attitudes toward musical and poetic structure, their reasons for turning to the lied, performance practices of the day, the cultural background of the various types of lieder (such as folksong, ballad, and kinderlieder) and melodrama, and the aesthetic principles underlying them. Departing from the accepted view that innovation and modernism dominated the era, Kravitt contends that nearly all lied composers worked in a conservative political and artistic environment and experimented mainly within the inherited nineteenth-century tradition. He describes pre-World War I audiences, shaken by social and economic upheaval, as hostile to the Schoenberg avant-garde, and he argues that the lied became an important vehicle in the German people's search to rediscover their national roots.

The Lied: Mirror of Late Romanticism