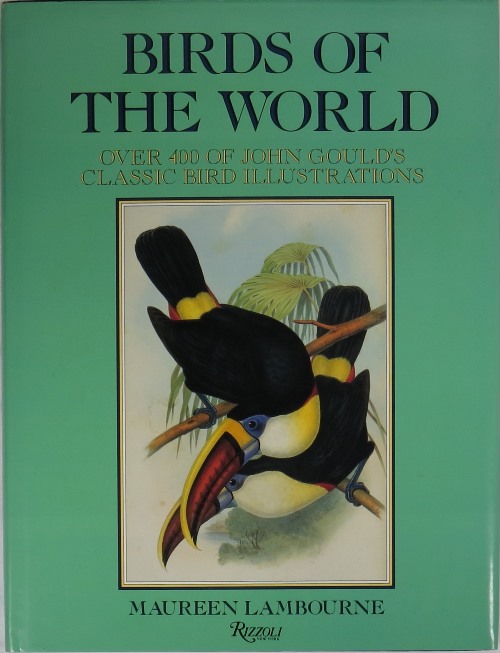 Birds of the World: Over 400 of John Gould's Classic Bird Illustrations

In the field of ornithological illustration the contribution of the London based publisher John Gould remains unparalleled. From 1830 to 1880 he published a series of books on birds containing a total of more than 3,000 hand-colored lithographs. Some of these works were devoted to particular families, such as trogons and hummingbirds, some covered the birds of specific areas, from Great Britain to New Guinea, and all were much sought after by a public eager to see the latest discoveries from around the world. Gould owed his success partly to his passion for ornithology, partly to the possibilities afforded by new lithographic printing techniques, but above all to the talented artists and colorists he employed, including his own wife Elizabeth, the humorist Edward Lear and the masterly German painter Joseph Wolf. For this book Maureen Lambourne, Gould's great-great-granddaughter and herself the author of many books on birds has chosen more than 400 color illustrations from Gould's ten most important works, each of which is given a chapter of its own. An overall introductions offers biographies of Gould and the team of workers he assembled, while every picture is accompanied by a caption based on quotations from the original text and the most recent scientific information about the subject's habitat, behavior and range.

Title: Birds of the World: Over 400 of John Gould's Classic Bird Illustrations

Birds of the World: Over 400 of John Gould's Classic Bird Illustrations