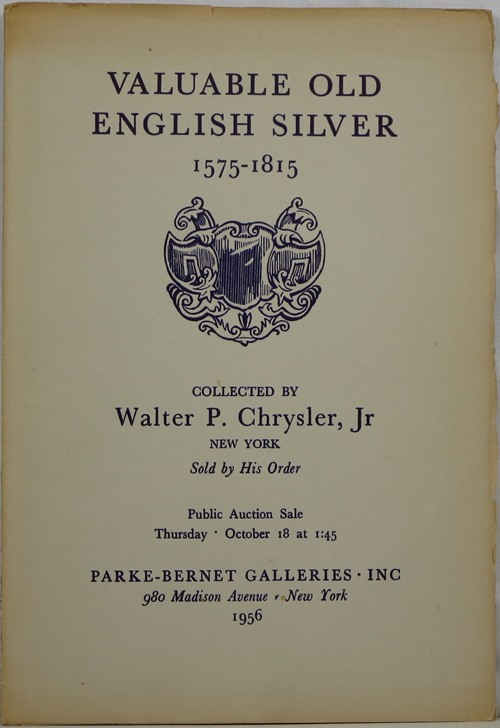 erratum laid-in; tanning to spine and back cover.

164 lots in the auction are described, of which 58 are illustrated. Featuring: a group of early apostle and other spoons; an Elizabethan chalice cup, 1589; a William and Mary monteith bowl, 1692; a Queen Anne monteith bowl, 1703 by Humphrey Payne; a set of six George I candlesticks, 1720 by David Willaume; a George II coffee pot, 1738 and a George II fruit basket, 1731 by Paul Lamerie; a George III massive Warwick vase, with two smaller matching vases, 1817 by Benjamin Smith; a number of Queen Anne, George I and George II tapersticks.